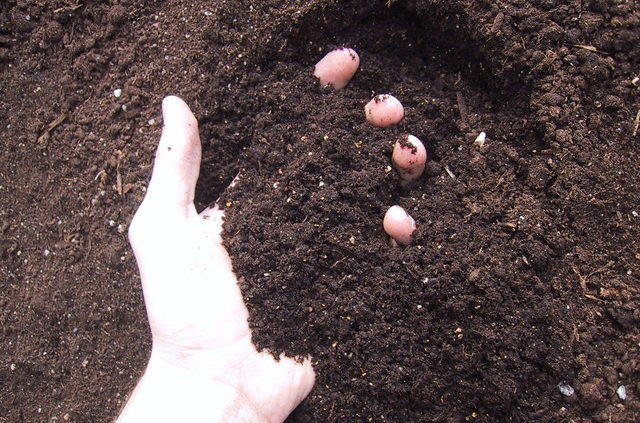 Did you know that one of the secrets (among others we discuss) to produce up to 30% more fruit in an orange grove is to apply boron twice per year? This was discovered all the way back in 1949 in an article published in the proceedings of the Florida State Horticultural Society. Every year, boron (B) should be included with the first foliar spray of the year. Boron should be sprayed two times per year (but not more than twice because a small excess is toxic), once as a dormant spray before bud break and once post-bloom. Boron is the only essential micro-nutrient that is highly leachable, while at the same time excess is toxic. Excess B prevents chlorophyll synthesis. The excessive boron produces yellowing of leaf tips and margins and eventual leaf death. Leaf symptoms of B deficiency are yellowing along the mid-rib and lateral veins, leaf curling, with leaf defoliation soon following. Thickened, buckled leaves develop slowly and persist for a long time. Fruit symptoms include gumming, lumpiness, and hard, dry fruit. A study,by Paul F. Smith and Walter Reuther (USDA, Orlando) published in the Florida State Horticultural Society in1949, demonstrated that Citrus trees sprayed with boron had 30% more fruit when counted in September (compared with control trees), indicating increased set of fruit or retardation of subsequent fruit drop. Quality Green recommends 2 quarts of KeyBor (boron glucoheptonate) in 100 gallons of water per acre twice per year, once as a dormant spray and once post bloom. When irrigation is adequate, borox (10% boron) at the rate each time of 7.5 pounds per acre twice per year is also adequate (or 3.75 lbs/ac of solubar [20% boron] at the rate of 3.75 lbs/ac each time). Foliar spraying is the preferable method. Do not over-apply!

Here is more recent information on boron, that includes copper and molybdenum, from the University of Florida/IFAS Extension by Mongi Zekri and Thomas A. Obreza:

Mongi Zekri and Thomas A. Obreza2

Boron deficiency in citrus was first identified in commercial Florida citrus more than 60 years ago. Florida soils are low in native B, and a deficiency of this element occasionally occurs under field conditions. The deficiency may be aggravated by severe drought conditions, heavy lime applications, or irrigation with alkaline water.

Boron deficiency is known as “hard fruit” because the fruit is hard and dry due to lumps in the rind caused by gum impregnations. The chief fruit symptoms include premature shedding of young fruits. Such fruit have brownish discolorations in the white portion of the rind (albedo), described as gum pockets or impregnations of the tissue with gum and unusually thick albedo. Older fruit are undersized, lumpy, and misshapen with an unusually thick albedo containing gum deposits. Seeds fail to develop and gum deposits are common around the axis of the fruit. The first visual symptoms of B deficiency are generally the death of the terminal growing point of the main stem. Further symptoms are a slight thickening of the leaves, a tendency for the leaves to curl downward, and sometimes chlorosis.

Young leaves show small water-soaked spots or flecks that become translucent as the leaves mature. Associated with this symptom is a premature shedding of leaves beginning at the treetop that soon leaves the tree almost completely defoliated. Continuation of the symptom is tree dieback and bushy upright growth similar to that of Zn deficiency. Fruit symptoms are the most constant and reliable tool to diagnose B deficiency.

Borax is commonly used to treat B-deficient citrus. It can be applied either to the foliage or as soil-applied fertilizer. Because of its greater solubility, boric acid might be preferred over borax for foliar spray application. In Florida, foliar spray application is safer and more efficient than soil application. Applying B to the soil can provide unsatisfactory results during dry springs and may result in toxicity problems if applied during the summer rainy season. The spray may be applied either during the dormant period or post-bloom. The applicator should be careful not to apply more than the recommended amount because it is easy to apply an amount that would result in B toxicity.

Copper deficiency is known as “dieback”, “ammoniation”, and “exanthema.” These names are derived from the dying back of the twigs, frequent association with heavy application of N (ammonia) and excrescences on the surface of the twigs and fruit. Excessive applications of N fertilizers have been considered for years as a contributing cause of this problem, giving rise to the term “ammoniation.” The cause might be an excessive N/Cu ratio in the plant. This condition is classified as Cu deficiency as opposed to excessive N, and the term “copper deficiency” is preferred in a practical sense because Cu application solves the problem.

The first symptom is the formation of unusually vigorous large dark green foliage with a “bowing up” of the midrib. The twigs are also unusually vigorous, long, soft, angular, frequently “S” shaped, and somewhat drooping. As the deficiency becomes acute and the twigs start to die, some of the weak twigs will bear very small leaves of yellowish-green color, which drop quickly, leaving the twig denuded. Fruit symptoms are most pronounced on oranges. Brown-stained areas of hardened gum on the rind of the fruit may precede the appearance of leaf and twig symptoms. Fruit splitting is common on the trees showing mild symptoms of Cu deficiency, with a part of the splitting beginning at the blossom end in the usual way but some of it occurring across the axis or around the gummy stained areas. In severe cases, dieback of young twigs occurs and reddish brown droplets of gum cover the twigs. The brown-stained areas on the fruit darken and converge as time progresses and may become almost black by the time the fruit is half grown. Most of this fruit will shed by summer.

Insufficient available Cu in the soil is believed to be the primary cause of the symptoms described. When Cu deficiency is combined with either Zn or Mg deficiency, leaf and twig symptoms may not be noticed due to reduction in growth, but the typical fruit symptoms will still be exhibited. Therefore, fruit symptoms are the most reliable indicator in routine observation. If Cu deficiency is acute enough to cause crop loss, symptoms of Mg deficiency may not be readily apparent. Under such conditions, Cu applications frequently result in heavy cropping followed by acute Mg deficiency.

Copper deficiency is more of a problem on newly planted flatwoods soils than on the deep sandy soils of the central Florida ridge. Foliar sprays or soil applications of Cu fertilizer can prevent or cure Cu deficiency. Spraying a solution containing 2 to 3 lbs per acre of elemental Cu applied during flowering commonly results in near-immediate recovery followed by a normal fruit set. Copper deficiency can be a controlling factor in fruit production, and acute Cu deficiency may put trees entirely out of production. Foliar sprays are useful emergency treatments when symptoms of Cu deficiency are first observed.

In Florida, Mo deficiency in citrus is commonly called “yellow spot.” The deficiency occurs when trees are unable to take up sufficient Mo from an acidic soil. Deficiency symptoms appear on the leaves as large interveinal chlorotic spots in early summer. As the leaves age, the yellow spots develop deposits of brown gum on the lower leaf surfaces, which may eventually turn black. In many cases, an infection of anthracnose causes the areas covered by the spots to die and drop out, leaving small holes in the leaves. When the deficiency is severe, the necrotic yellow spots enlarge and extend to the margins. Affected leaves eventually drop, and trees become almost defoliated during the winter.

Symptoms are seldom observed on fruit except when the deficiency is severe. Under this condition, large irregular brown spots surrounded with yellow discoloration may develop on the fruit. The discoloration goes only into the peel and does not affect the albedo. Symptoms of Mo deficiency appear more commonly on the sunny side of the trees.

Molybdenum deficiency usually occurs in acidic soils. The most common cure is to lime the soil to pH 6.0 – 6.5, after which Mo deficiency often disappears. It is easy to correct Mo deficiency with a sodium molybdate or ammonium molybdate foliar spray. If the spray is applied between summer and early fall, the leaves will re-green and the yellow spots will disappear from the upper surface. Most of the gum will also disappear from the lower surfaces of the leaves. However, black spots consisting primarily of cork cells will remain. One spray is usually sufficient for 3 years or more.

This document is SL 203, one of a series of the Soil and Water Science Department, UF/IFAS Extension. Original publication date December 2002. Revised February 2009. Reviewed January 2015. Visit the EDIS website at http://edis.ifas.ufl.edu.

The Institute of Food and Agricultural Sciences (IFAS) is an Equal Opportunity Institution authorized to provide research, educational information and other services only to individuals and institutions that function with non-discrimination with respect to race, creed, color, religion, age, disability, sex, sexual orientation, marital status, national origin, political opinions or affiliations. For more information on obtaining other UF/IFAS Extension publications, contact your county’s UF/IFAS Extension office.

Want to join the discussion?
Feel free to contribute!